Spotting a cancerous mole—melanoma—in its early stages could save your life, but not all skin specialists are doing a thorough job, as Health’s investigation reveals. Know the signs of a top-notch exam and the six essential ways to stay safe. 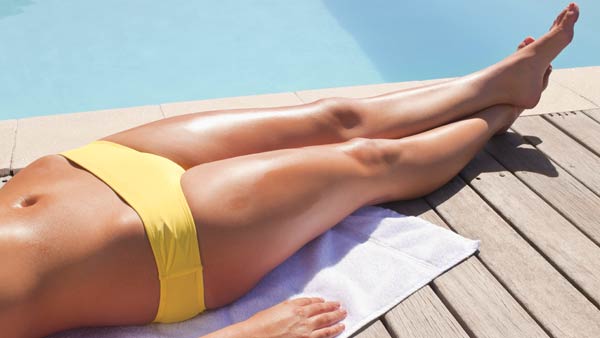 A year ago, a flat, black spot appeared on the back of my right arm. My other moles are coffee-brown, and “new” and “different” can both be red flags of skin cancer, so I pointed it out to my dermatologist. She took a biopsy, and I forgot about it until a week later, when her number popped up on my cell phone on a Friday night. I knew that couldn’t be good, and it wasn’t: I had melanoma.

Oh my God, I’m going to die at 36, and my daughter will grow up without a mom, I thought. My mother had waged her own battle with melanoma at 53 and won. Now, years of baking on the beach in Southern California were coming back to haunt me. I tried to calm myself by repeating “At least we caught it early” to my husband; at stage 1A, I had a 97 percent chance everything would be OK.

Melanoma is a killer that can spread fast. “But if it’s caught early, you typically need nothing more than outpatient surgery, to remove the cancer, and follow-ups,” says Dirk Elston, MD, president of the American Academy of Dermatology (AAD). My scar is lumpy and ugly, like a big pink caterpillar. Still, I feel lucky: I had a good dermatologist who drilled it into my head to be vigilant about skin checks. Shockingly, most women don’t bother; only 18 percent have ever had one, according to data from the Centers for Disease Control and Prevention. A whopping 88 percent of women say they’ve never had a discussion with a doctor about melanoma, and a meager 30 percent do skin self-checks, found a survey of more than 500 women commissioned by L’Oreal Paris.

Skin cancer is the most common form of cancer in the United States; about 3.5 million cases are diagnosed every year. The incidence of melanoma—the deadliest form of the disease—in Caucasian women younger than 44 has been increasing by 6 percent annually, likely because of greater sun exposure and the (inexplicable) continued popularity of tanning beds. Less deadly skin cancers like basal cell carcinoma andsquamous cell carcinoma are also on the rise. And yet no government guidelines for getting skin exams exist, Dr. Elston notes: “Women hear a lot about breast cancer and cervical cancer screenings. Skin screenings are just as critical, but they tend to be forgotten.”

Even those of us who go in for a check may not get the care we deserve, as Health discovered in a four-month investigation. We sent 25 readers in their 30s, 40s or 50s—of different ethnicities, from rural, urban and suburban areas nationwide—for skin checks, then had them fill out a questionnaire created with input from three of the country’s most respected dermatologists. After reviewing the reports, our panel gave 48 percent of exams an A, 32 percent a B, and 20 percent a C or a D, a clear indication there’s room for improvement. Our experts called some exams “cursory” and one “stomach-churningly” incomplete. Still, seven patients were told to have suspicious spots biopsied, removed or looked at again; eight of the spots turned out to be precancerous and were caught in time to keep them from evolving into cancer—precisely why screenings (which are usually covered by insurance) are so important.

The exam-room secrets gleaned from experts, including our panelists—Hensin Tsao, MD, director of the Melanoma and Pigmented Lesion Center at Massachusetts General Hospital; David Leffell, MD, professor of dermatology and surgery at Yale School of Medicine; and Ellen Marmur, MD, founder of Marmur Medical in New York City and associate clinical professor of dermatology at Mount Sinai Hospital—can help anyone. Fall is a good time to get organized, so schedule a screening and look for these lifesaving signs.

Every medical doctor has some education in skin health, but only board-certified dermatologists receive an additional three years of skin-specific training after completing basic medical school and an internship. These MDs see hundreds of moles, day in and day out. You want that level of focus and expertise in the person guarding your skin for signs of cancer.

Perform a Self-Exam For Skin Cancer

How to perform a self-exam for skin cancer in just 5 minutes.  Read more
More on Skin Cancer

Unfortunately, experts say, some women assume that a yearly physical with a good internist or ob-gyn gives them an adequate skin once-over. “You wouldn’t go to your primary care doctor for brain surgery, and that’s how you should think about your skin,” says Nieca Goldberg, MD, medical director of the Joan H. Tisch Center for Women’s Health at NYU Langone Medical Center in New York City. “Research shows that dermatologists are better at diagnosing early skin cancers.” One study published in the Journal of the American Academy of Dermatology found that derms correctly identified suspicious spots 94 percent of the time, while general practitioners did so in 71 percent of cases. “It isn’t that non-dermatologists are not capable, but it’s not the task at hand for them,” echoes Dr. Elston. “I’ve treated women with melanomas on their legs that were not noticed during ob-gyn checkups.”

It’s equally crucial to see a doctor who focuses on medical dermatology or skin cancer rather than cosmetic treatments. Amy, a 37-year-old from New Jersey, learned this after she visited a derm who, it turned out, was primarily a cosmetic practitioner. “I thought the doctor would talk to me more about my skin care, but instead he told me about Botox and some laser treatment for my sun spots,” she reports. “I felt like he was more concerned about pushing plastic surgery than cancer prevention.” Her skin check scored a C because the derm skipped her breasts, pubic area and scalp, and between her toes.

Experts note that if a doctor’s marketing materials or website are mostly about fillers and lasers, that’s probably what she spends most of her time doing. “If skin cancer is a concern because of risk factors and history, a dermatologist who primarily focuses on skin cancer might be a shrewder bet than a cosmetic dermatologist who doesn’t routinely do skin checks,” says Dr. Tsao, who notes, “I have the deepest respect for what they do—my wife is a laser cosmetic dermatologist!”

These days, busy dermatology practices may have a nurse-practitioner (NP) or physician’s assistant (PA) do exams. They typically get one to two years of general health schooling, then on-the-job training from a dermatologist. The AAD’s stance is that it’s best practice for a dermatologist to do the initial exam. Yet contrary to that recommendation, two of the four women in our investigation who saw nonphysicians for their skin screenings were new to that office. While three of those four received solid checks, Katie, a 34-year-old from Florida with a family history of skin cancer, got one of the investigation’s only Ds for an exam. Says Katie, “She only really examined the spots that I pointed out.”

Dr. Marmur was particularly alarmed because of Katie’s family history: “Skin cancer exams must be complete, especially in a high-risk patient,” she stresses. “Missed areas could be hiding a melanoma, and a delayed diagnosis could cost a woman her life.”

The AAD also advises that derms supervise their PAs and NPs. In practice, this means that though non-MDs do exams on their own, they should consult with the doctor if they see anything questionable, explains James Spencer, MD, a member of the AAD board of directors and a dermatologist in private practice in St. Petersburg, Fla. However, the PA who checked Allison, 33, of San Diego, did a biopsy on an unusual mole without looping in the doctor. (It was benign.)

When you book your exam, ask whom you’ll see. Anyone with a family or personal history of skin cancer should see only a derm. If an NP or a PA examines you, make sure the doctor is called in if any concerns crop up.