FRASQUIA, Bolivia (Reuters) – Bolivian indigenous farmer Carmelo Flores, who could be the oldest person to have ever lived, attributes his longevity to quinoa grains, riverside mushrooms and around-the-clock chewing of coca leaves.

Speaking in the 4,000-metre (13,123-feet) high hamlet where he lives in a straw-roofed hut, Flores says the traditional Andean diet has kept him alive for 123 years.

“Potatoes with quinoa are delicious,” said Flores in Aymara, the only language the nearly deaf man speaks.

It is impossible to verify Flores’ age as the poor, landlocked South American country only started issuing official birth certificates in 1940. 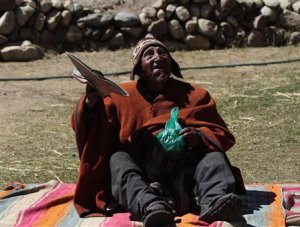 But he says his baptism certificate lists his birthday as July 16, 1890 and he has national identity documents based on the certificate.

Bolivia’s Civil Registry Office says it is looking into the validity of the documents and cannot comment until the investigation is completed.

Still, many in Bolivia are already celebrating Flores’ longevity. A local government official plans to award him the title of “Living Heritage of Humanity” on August 26.

The title of oldest human being ever to have lived belongs to France’s Jeanne Calment, who died at the age of 122 in 1997, according to the Guinness World Records organization. Guinness did not immediately respond to a Reuters request for comment on Flores.

While Flores is still strong enough to take daily walks in shoes made of recycled tires, he spends most of his time laying on a blanket watching village life go by. 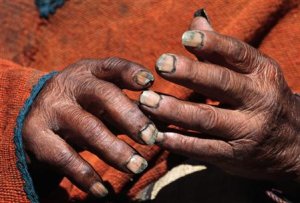 But his life was not always as sedentary. Flores said he fought in the brutal 1932-35 Chaco War between Bolivia and Paraguay, and had to hunt skunks to nourish himself.

He also briefly lived in La Paz, 80 km (50 miles away), but never took to the bustling capital.

“My father told me that he felt like he was in jail, locked up with a key,” said Flores’ only living son Cecilio, 67, who cares for him. “He … just wanted to return to his land.”

Back in his village of Frasquia, Flores is something of a loner now that his generational peers have long since died.

“Everyone who lived here has already died, men and women, I am the only who is still alive. Even my wife died,” he said. 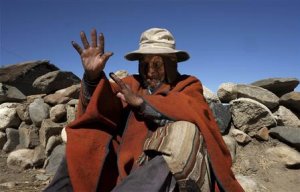 “I don’t know how long I shall live,” he adds. “Only God knows. He’ll tell me if I will die or keep living.”